After Effects of Skydiving on the Brain 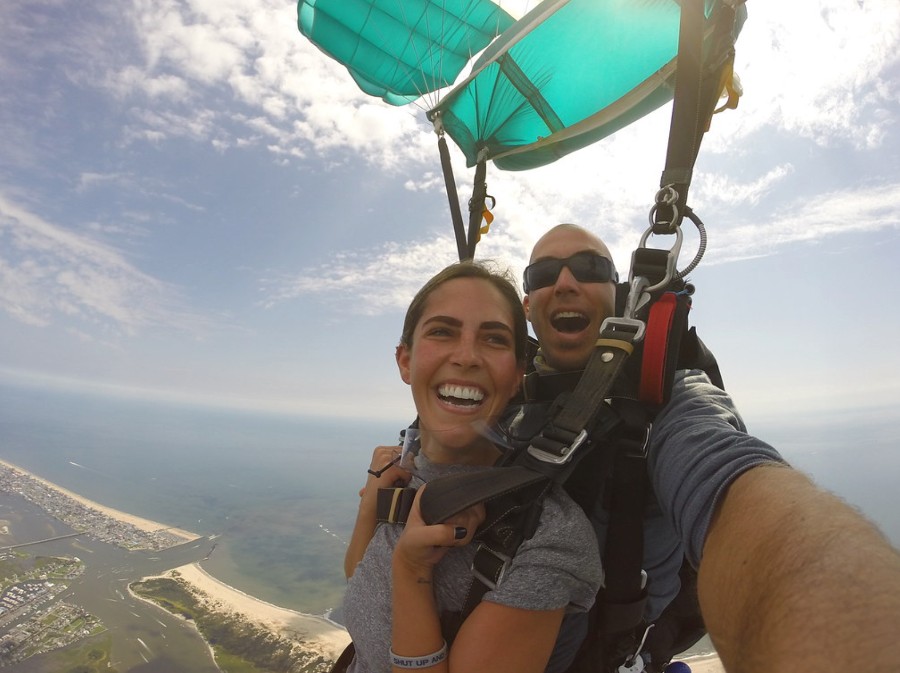 In 2021, there were an estimated 3.57 million skydives made. Wondering why so many people would willingly leap from an aircraft several thousand feet above the ground?

For some, it is merely part of the endless expedition to secure that next adrenaline rush. Though, many of these ceaselessly searching individuals find much more than they bargained for. You see, the majority of repeat jumpers return time and time again because they have discovered the after effects of skydiving come with some pretty stellar benefits. 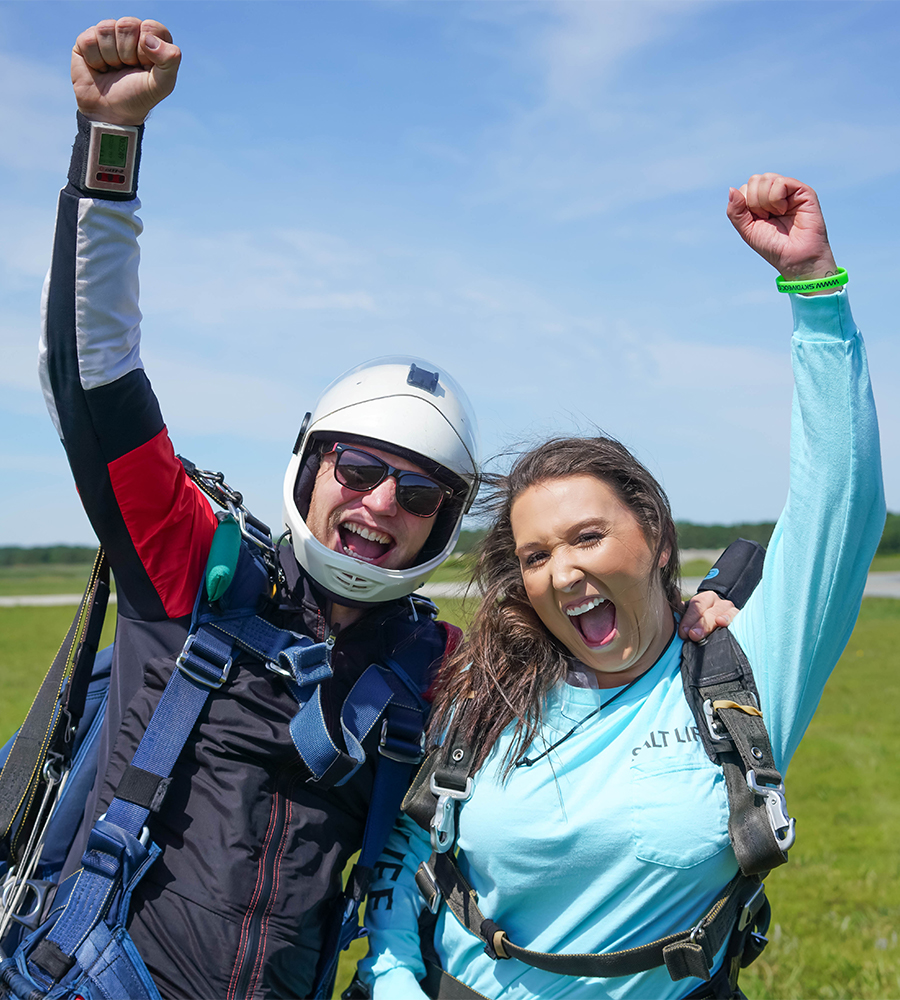 After Effects of Skydiving on the Brain

Truth be told, skydiving isn't necessarily what you'd consider a "natural" activity. Physiologically speaking, humans weren't built to fly. Thus, understandably, skydiving induces a bit of evolutionary distress! As a matter of fact, this involuntary impulse is coded deep within our DNA. It is for this reason that even skydivers with thousands of jumps still experience spikes in their heart rate while skydiving.

So, what happens when our body thinks we're in trouble, say, like during a skydive?

When experiencing sensations of fear, stress, or the perception of an immediate threat to survival, an involuntary response is triggered. This reaction is referred to as the "fight or flight" response. Once this response is triggered, the brain floods the body with a super-charged chemical cocktail designed to help us "survive" the threat.

The important chemical players produced by our fight-or-flight response during skydiving are namely endorphins, adrenaline, dopamine and serotonin.

Endorphins: Endorphins are hormones produced in the pituitary gland and the hypothalamus. These chemicals serve as a neurotransmitter which attaches to the brain's reward centers in order to deliver messages throughout the nervous system. Endorphins often produce an analgesic effect to allow us to cope with pain or stress. Endorphins also trigger a somewhat euphoric, "feel-good" feeling.

Adrenaline: The body releases adrenaline in response to stimulating situations, whether they be exciting or include a perceived threat. Produced by the adrenal glands, located at the top of your kidneys, adrenaline primes your body to respond effectively and efficiently. When adrenaline is released into the bloodstream, it causes the heart to pump more quickly, increasing blood flow to the brain and muscles. The increased blood flow results in enhanced mental clarity and improves reaction times. 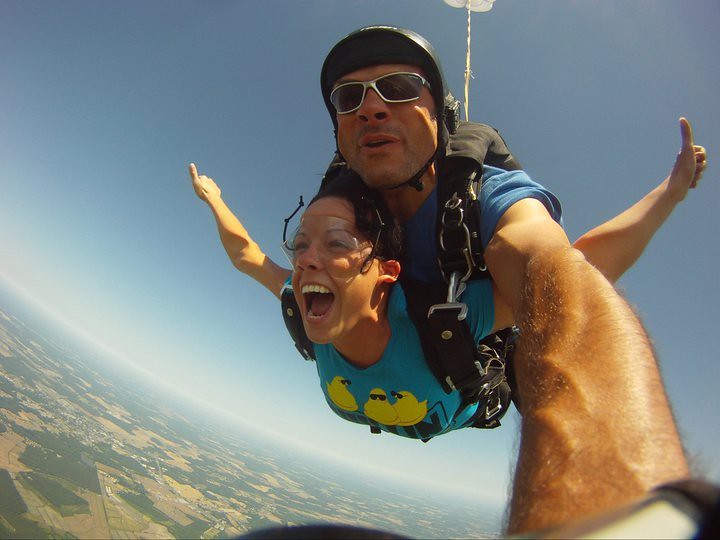 Dopamine: Dopamine is produced both by the adrenal glands and by the hypothalamus. Commonly referred to as the "feel-good hormone," dopamine is part of the brain's reward system center. Surges of dopamine in the brain are primarily responsible for feelings of pleasure and the motivation to pursue subsequent pleasure-inducing activities. Dopamine also plays a role in additional body functions, including movement and memory.

Serotonin: Like dopamine, serotonin also serves as a neurotransmitter enabling the cells of the nervous system and brain to communicate with one another. Often nick-named the "happy hormone," serotonin is responsible for moderating our mood and promoting positive feelings of well being. This hormone also enhances focus and cognition and the regulation of sleep patterns.

After Effects Of Skydiving

While skydiving, your body is flooded with a unique combination of the hearty hormones we mentioned above. The subsequent after-skydiving effects include improved mental clarity, feelings of happiness and euphoria, and temporarily increased stamina.

Moreover, skydiving can also have a pivotal positive effect on your mental well being. Skydiving enables participants to literally and metaphorically shift their perspective. Skydiving offers a chance to see challenges as opportunities for growth - benefitting the body, mind, and spirit. 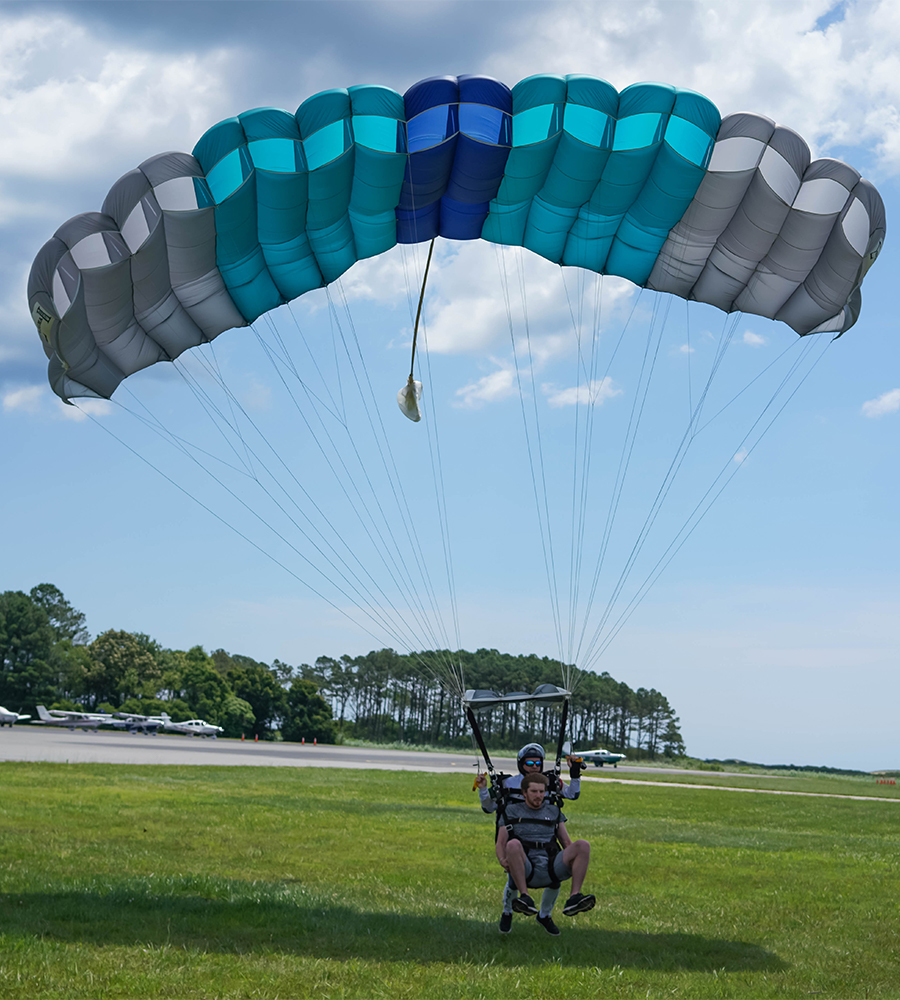 Want to experience the incredible after effects of skydiving first hand? Spread your wings, face your fears, and take flight with Skydive OC today!

Daniel was my instructor and he was very professional and made our experience that much better.