How a parachute works and the design behind it 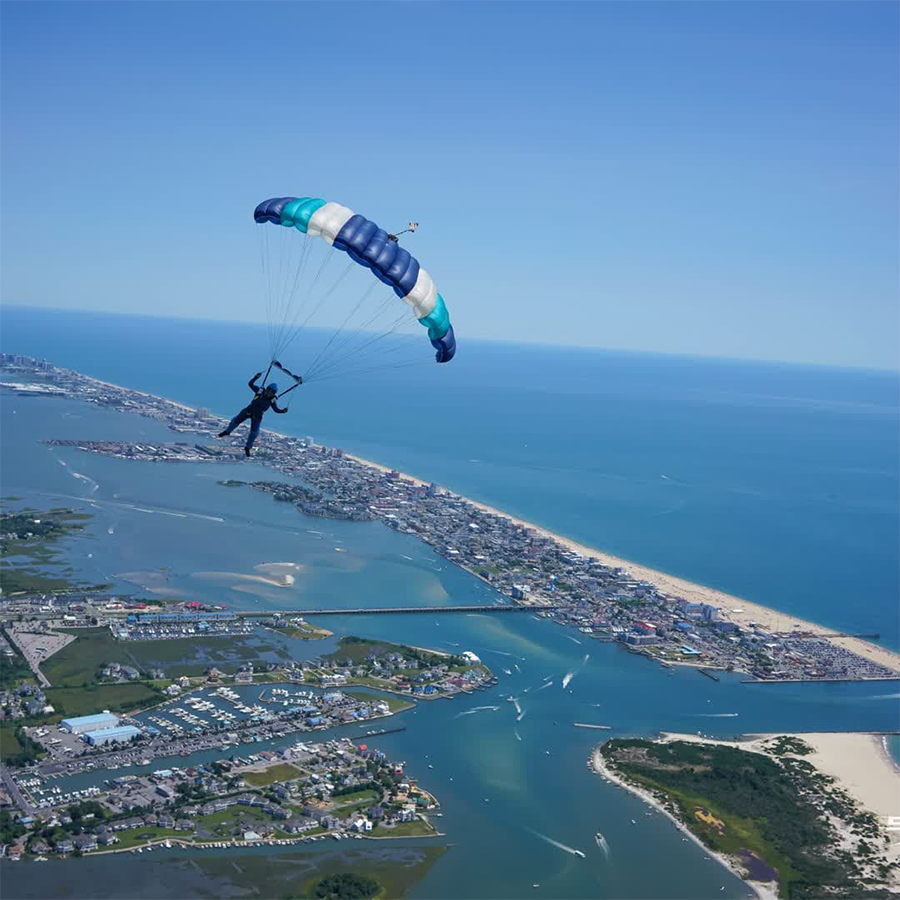 For the newcomer, skydiving equipment can seem a bit bewildering. How does a parachute work? Are there different kinds of parachutes? How could a big bunch of fabric possibly carry someone safely to the ground?

There's no need to wonder any longer, as we unfold the mystery of the skydiving parachute right here.

The parachute has a history that extends further back in time than you might think. A historical record written in 90 B.C. by historian Sima Chian describes a parachute legend predating present day by nearly 4,000 years. In this legend, the Emperor Shun utilized two large bamboo hats and the principles of air resistance to escape from the roof of a burning building.

This may have not been the ideal parachute equipment, but sometimes necessity is the mother of invention! Physical parachute designs were committed to paper as early as the 15th century by Leonardo da Vinci. Although, this design detailed a triangular shaped parachute very different from the parachute equipment that would eventually be utilized for successful parachute jumps. A few hundred years later, André-Jacques Garnerin constructed the first parachute that made effective use of air resistance and made the first parachute jump from 3,200 feet over Paris, on October 22, 1797. This general design of a "round parachute" to lower terminal velocity is still used today in military operations.

Skydiving gear varies based on its application. Parachutes used in military operations are round, dome-shaped canopies. Likewise, the surplus parachute equipment that was first used at civilian skydiving's inception was also round.

Round parachutes offer consistent, docile openings; however, they lack any real steering ability. Thankfully for civilian skydivers, in the 1960's kite-maker Domina Jalbert invented the rectangular, RAM-air parachute. This is the basic type of parachute we use today.

Parachute equipment is a rapidly developing field, one in which improvements are still consistently made today. Despite an eve-changing industry, a few primary factors of physics are utilized in parachuting equipment of all kinds.

How do parachutes work? Parachutes, both round and square, work because of a phenomenon in physics called air resistance.

While air seems to lack substance, it is composed of tons of gas molecules. As objects move through air, they push these molecules aside. When you increase surface area, the molecules cannot move out of the way as quickly, and the more air resistance you create. This air resistance is what lowers your terminal velocity and, in turn, enables a skydiving parachute to allow you to approach the ground slowly and safely.

Furthermore, many parachutes are made from a lightweight nylon material that has been chemically treated to be less porous. This allows less air to pass through the fabric and further increases the air resistance it creates. 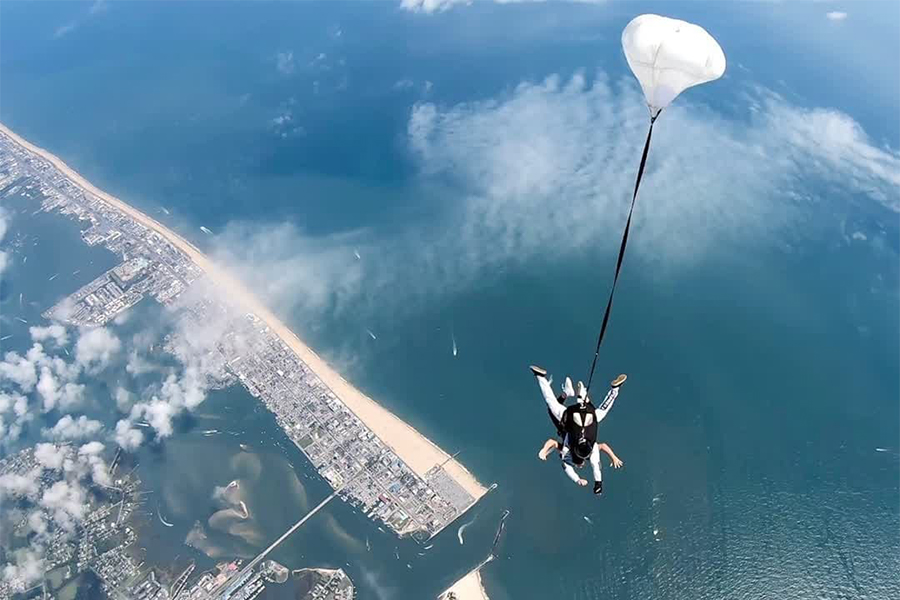 Both round and RAM-air parachutes lower the terminal velocity of the object or person falling through the air. So what is terminal velocity? Terminal velocity is a point at which no acceleration can occur. For skydiving, this occurs when the force of gravity is countered by an equal amount of air resistance.

RAM-air parachutes do more than simply increase air resistance. Instead of simply creating drag, modern parachute equipment allows you to fly. Modern parachutes are composed of two layers of material which are sectioned into long-tubular cells that open on the front end of the parachute and sealed at the back.

In order to limit the amount of shock on the body and prevent significant snatch-force, parachutes are opened by a staged sequence. First, a mini-parachute is extracted from an elastic pouch that is sewn to the bottom of the parachute container. When this mini-parachute is extracted it inflates. As it inflates, it creates enough drag to extract the main parachute from the parachute container. The main parachute does not inflate all at once, but rather, it inflates with each of the airfoils (the long-tubular cells from above). This creates a nice soft transition from a freefall at terminal velocity to a gentle ride under canopy.

Tandem skydiving equipment operates in a very similar way to licensed skydiver equipment. Though because it bears a bit more weight, there are a few differences. The mini-pilot chute that extracts the main parachute is much larger. Additionally, the parachute itself is much larger. Tandem parachutes come in a range of sizes but most range from 366 square feet to 400 square feet. Whereas, a solo jumper canopy ranges in size from 260 square feet to an incredibly teeny tiny 67 square feet!

Thank you so much for this unique experience!