Skydiving Slang — The Language of Skydiving 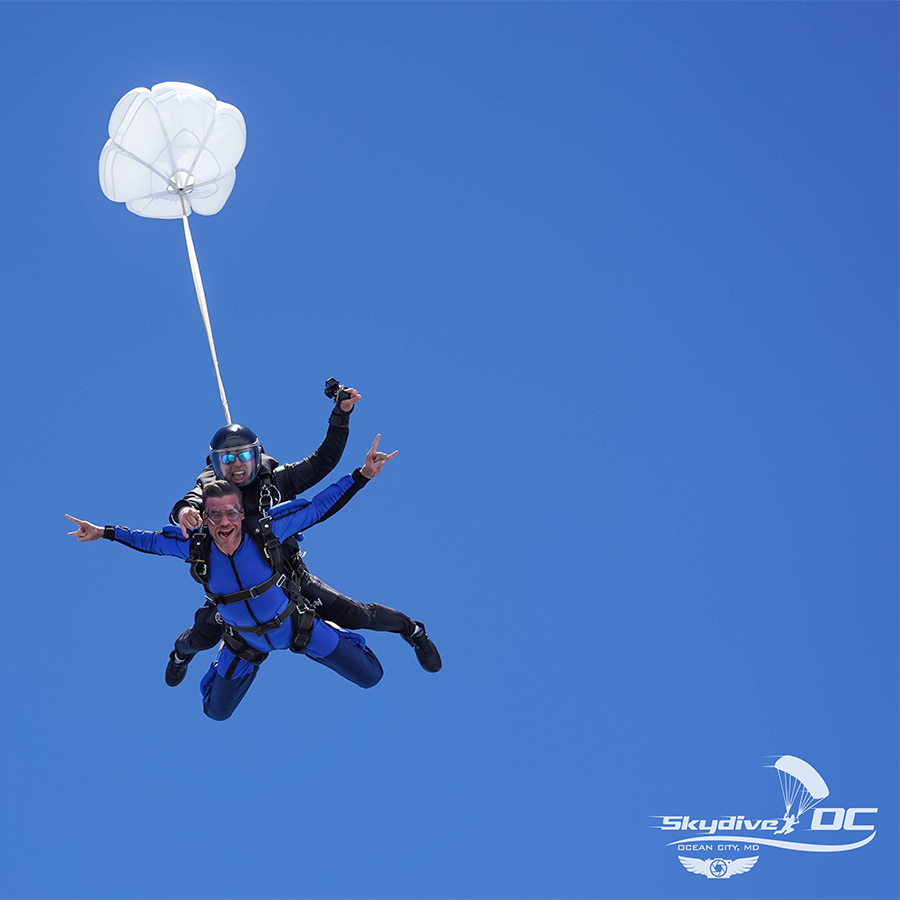 Skydiving Slang - The Language of Skydiving

If you've ever taken up a new hobby or sport, you may recall that there are many new things to learn, including an entirely new vocabulary. The vocabulary of skydiving is very nuanced and goes far beyond the word "parachute." If you're interested in tandem skydiving, prepare for a crash course in skydiving terms you've never heard about. Consider this your unofficial guidebook to skydiving slang.

The Automatic Activation Device is one of the most technologically advanced systems in skydiving that has saved thousands of lives. In simple terms, an AAD is a small computer device installed in a skydiver's rig that's designed to deploy a reserve parachute at a predetermined altitude when a skydiver is descending at a high rate of speed. An AAD will deploy the reserve parachute (the emergency parachute) when a skydiver has descended below an altitude of 750 feet (a dangerously low altitude) at a high rate of speed.

If you're planning to learn skydiving, then you'll need to enroll in the AFF First Jump Course. AFF, or Accelerated Free Fall, is the most popular method of learning to skydive throughout the world today. AFF allows first timers to exit from 14,000 feet (with two instructors) and experience a full minute of free fall. The older method of static line training only involved a few seconds of free fall.

An A-license is the first rating a new skydiver can achieve. It allows jumpers to skydive with other skydivers (as opposed only being allowed to jump solo) and visit other dropzones.

To earn an A-license skydivers must meet the following requirements: Complete all requirements laid out by the USPA A License Proficiency Card, make five skydives with one or more other people, have their skydiving license stamped by the USPA, and pass the USPA written and oral exams.

An altimeter is the instrument that reads altitude, usually worn on the wrist. It has a digital or clock-like display, and every skydiver jumps with an altimeter and is an essential part of a skydiver's equipment.

When learning to skydive, you're going to hear this term a lot! The "arch" refers to the desired body position which is the most stable during a free fall. Arching is pushing the hips forward while bending at the lower back. The natural curve of a banana is the best way to describe a perfect arch!

Brakes or "the brakes" is another term for the steering toggles. They're what a skydiver uses to control the parachute - to go left, pull down the left steering toggle.

When becoming a skydiver it's important to follow all of the BSRs, also known as the Basic Safety Requirements.

A burble is a dead spot of air usually right behind a skydiver as she moves through the air.

You may know it as a parachute, but most every skydiver calls it a canopy! Also of interest, very few parachutes are round anymore. They are rectangular in shape, but they're always referred to as being square.

The container system or "rig" is referring to the "backpack" that skydivers wear, which includes the harness that fits to the skydiver and houses both the main canopy, reserve canopy and AAD.

Crabbing has nothing to do with being in a bad mood! Rather, it occurs when a skydiver flies their canopy at an angle or perpendicular to the windline. This maneuver results in flying both downwind and forwards.

When becoming a skydiver, it's important you stay "current." Staying current refers to jumping regularly (usually at least once every 30 days). In skydiving, it's considered to be more risky if skydivers go long periods of time without jumping.

CYPRES is an acronym for Cybernetic Parachute Release System. In other words a CYPRES is the name of the AAD (automatic activation device) manufactured by Airtec in Germany. Airtecs life saving device was regarded as the first one that worked with any consistent reliability.

A dropzone or "DZ" is the place where you go to make a skydive. The word "dropzone" and abbreviation "DZ" are often used interchangeably.

For many years, the word "dytter" was used interchangeably with the word audible. Dytter is an audible altimeter manufactured by the company Larsen and Brusgaard.

The exit weight is the total weight of both a person and gear combined. It's a key variable when factoring one's wing loading (see below for a definition of wing loading).

The flare is a basic maneuver used when landing the parachute. Flaring involves the skydiver pulling down both toggles (definition of toggles below) to essentially stall the canopy allowing for a soft landing - flaring too high can lead to a hard landing. It takes some practice to get the flare stroke just right. You'll learn lots about flaring when learning to fly your canopy during AFF!

FS is an acronym for formation skydiving, another term for relative work (RW) which refers to skydivers who jump together in a belly to earth body orientation while creating pre-designed formations.

The hard deck is a clearly defined altitude in which a skydiver elects to execute emergency procedures. In other words, it's a decision altitude whereby any resolution of a malfunction to the main canopy is abandoned.

A load organizer is usually a well known professional skydiver who is hired by dropzones to attend a boogie with the intent of organizing technical or especially fun types of skydives.

Manifest refers to the main office at the dropzone which is in charge of the flight manifest. Skydivers who wish to skydive must go "to manifest" to put their names on the list for the next available flight. Manifest is regarded as the nerve center of the dropzone.

The pattern is a predictable flight path flown by skydivers when beginning a setup for landing. The pattern usually begins at 1,000 feet with a skydiver flying downwind. At 600 feet, the skydiver will initiate a "base leg" and at 300 feet initiate the final turn for a straight-in approach for landing into the wind. This is known as the pattern.

A parachute system holds a main, reserve and a pilot chute. The pilot chute is a small parachute that a skydiver deploys into the wind in order to extract the main parachute from the container system.

A PLF is a parachute landing fall, a technique trained to military skydivers and civilian skydivers alike. It helps the body absorb the impact of landing in order to prevent injury.

Nearly all civilian parachutes today are ram air parachutes. These rectangular-shaped canopies have ribs similar to individual chambers that divide the canopy into a set of cells. As air enters these cells or "rams" into these cells, it inflates the canopy giving it the needed airfoil shape to keep you safely in the sky!

A rigger is a person certified by the FAA to inspect and pack the reserve parachute and do basic maintenance work on a skydiver's rig and parachutes. Bonus: A reserve parachute must be packed every 180 days whether it's been used or not. This can only be done by a Senior or Master Rigger.

The SIM is something new skydivers will spend a lot of time reading - the Skydiver's Information Manual.

Referred to as "the spot," it's the position above the landing area where the pilot allows skydivers to exit the airplane. The spot can change many times throughout the day based on wind speed and direction. Experienced pilots and skydivers must calculate the upper winds (the uppers) and ground winds to determine the drift direction of skydivers in free fall in order for skydivers to safely land in the landing area.

A "sucker hole" is a break in the clouds that often gives skydivers a false sense of hope that they'll be able to resume skydiving due to a weather hold.

Terminal velocity is the maximum speed a falling object (or in our case, a person) reaches when free falling through the air based on the resistance of air molecules which prevents further acceleration. For most skydivers (falling belly to earth), that speed is approximately 120mph.

Toggles, also known as your "brakes," are steering handles attached to the steering lines of the parachute. They are what you use to steer your parachute and "flare" your parachute. Your toggles are located on the rear of your rear risers.

The "uppers" refer to the wind speed and direction of the wind at higher altitudes. This is important to know when calculating the drift of skydivers in freefall. It's important to calculate this drift so the pilot of the aircraft knows where to let jumpers out of the aircraft so they can make it to the landing area. The release point of skydivers above the landing area is known as the "spot."

A term used by skydivers when referring to non-skydivers.

It's the term no skydiver wants to hear! When the dropzone is on a wind hold, it means jump operations are suspended due to high or erratic winds.

Wingloading is the ratio of the parachute's size to the weight being suspended underneath. It's an important measure, since aggressive wing loading can be dangerous for a novice skydiver.

Have questions? We'd love to answer them for you! Feel free to contact us or visit our FAQs.

If you had to skydive anywhere, definitely do it by the water.