What to know about Skydive OC's planes before jumping from them 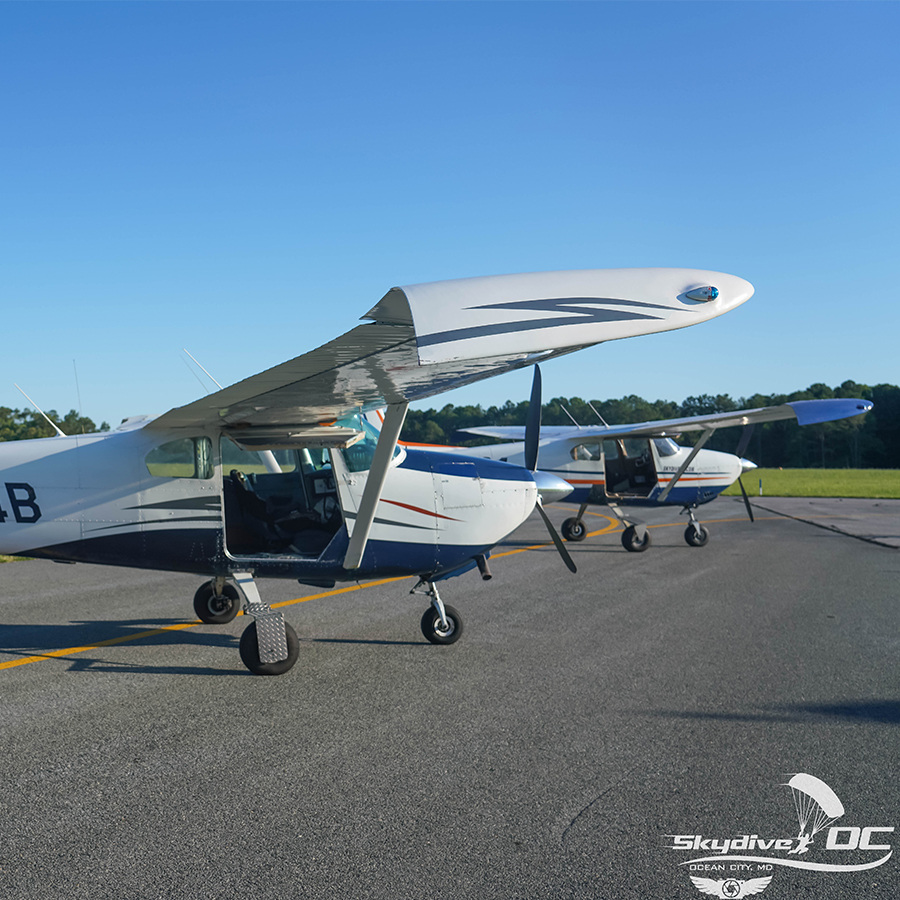 Going skydiving? Welcome to a brand new world, filled with colorful parachutes, eclectic sky flyers, new equipment, and the sounds of our hard-working airplane and screams from new skydiving enthusiasts. There are so many wonderful things about tandem skydiving, and we're here to guide you on what to expect - especially all about our beloved jump plane, the Cessna 182.

The Cessna 182 is an American-made plane that was first introduced in 1956 out of Wichita, Kansas. It was an evolution of Cessna's previous airplane, the 150, a two-seater aircraft. "Cessna built on experience with previous designs and scaled them up," William Kahn of AvWeb said. Cessna is much like the Toyota of aviation, building long lasting, reliable, and mechanic friendly planes.

The Cessna 182 has 230 horsepower, making it a strong engine for a smaller plane. It's known for its predictability, hauling capabilities, and speed. That's why it's a common choice amongst skydiving centers and considered a workhorse in the industry as it's cost-effective and can take up to four skydiving passengers and a pilot to altitude in about twenty minutes!

How High Do Skydiving Airplanes Go?

It's a common question. If you're talking about the Felix Baumgartner, that's a world record breaking kind of altitude of 127,852 feet! Industry standard skydiving jump altitudes range between 9,000 feet and 13,500 feet. These altitudes stay within FAA regulations of not needing supplemental oxygen for the jump. The exact altitude depends on the type of plane, field elevation, and terrain. At Skydive OC, our typical jump altitude is about 12,000 feet, offering about 40 seconds of freefall, and if you're feeling it, we also offer upgraded altitudes to 15,000 feet for a sixty second freefall!

Note: In skydiving, we are a weather-dependent sport. The FAA and the national organization impose rules against jumping in clouds. If a cloud layer prevents us from climbing to our desired altitude, we can offer an option to jump at a lower altitude or reschedule for another day. 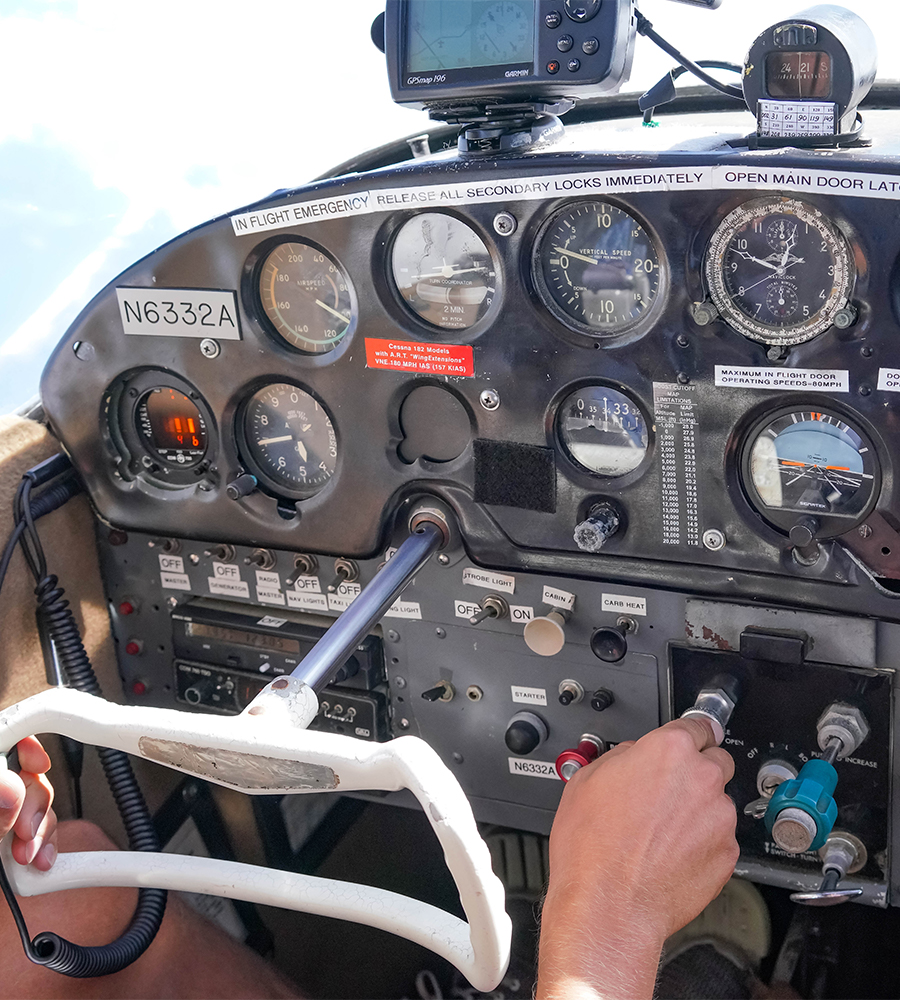 Taking a Tour of the Cessna 182

The Cessna jump plane is stripped of the usual passenger seats and replaced with a pad or carpet to sit on the floor. Skydivers will sit on the floor and buckle up with seatbelts that are fastened to the airframe. The jumpers sit one in front of the other with one pair behind the pilot and the other near the jump door. Jumpers sit in the metal airframe surrounded by windows, and yes, you'll be in close proximity to one another, but it's still a cozy ride!

Other components not needed for skydiving operations are also removed to lighten the aircraft. This may sound scary, but it is all within FAA regulations. The lighter load offers a more efficient climb to altitude. The door you'll be jumping out of is modified to swing open on jump time, and a platform has been mounted above the wheel. These are all usual skydive plane modifications to accommodate skydivers climbing and jumping out.

We love it when some of our guests come out and say they've never been on a plane before. For their first flight, they'll not have landed in it, but rather jumped out! The Cessna is our beloved skydiving plane and it's welcomed so many skydivers to this great sport. Are you next? Book your first tandem skydive with Skydive OC today.

The view was gorgeous!