Make it Count Monday: Why Skydiving is Good for Your Health! 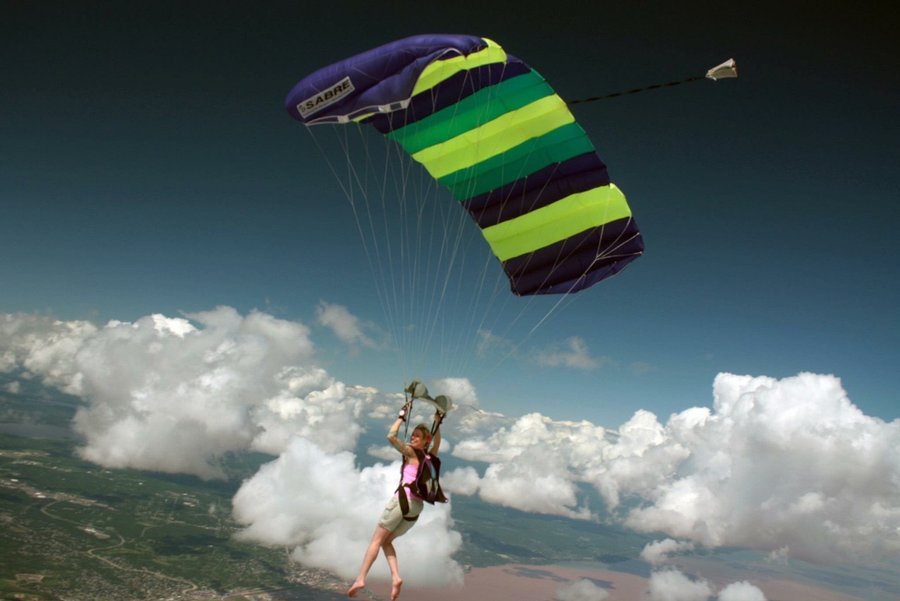 I was recently approached by a friend who had this phenomenal idea about talking through emotional and physical health as it relates to skydiving. Woah... What do you mean health as it relates to skydiving?? How could throwing yourself out of a plane be remotely healthy? More like mentally insane! Alright, that's the conventional thought, but after finding myself in a particularly dark place over six years ago, I can tell you that making that decision to jump out of a plane was one of the healthiest things I have ever done. So much to the tune that I have hundreds of skydives later, and coach and inspire others to do the same thing!

To get right down to it, letting your fears control you is not healthy. Letting stress and anxiety rule your world will only contribute to more stress and anxiety, and probably a host of other issues, including some severe diseases. It took me less than seven seconds to find research presented by the Mayo Clinic about the common effects of stress, and let me tell you - the list is not pretty. From the basic and maybe more well-known headaches, muscle tension, or upset stomach, to the more severe and potentially life-threatening high blood pressure, heart disease and even obesity... Finding ways to relieve and manage your stress is critical to your emotional and physical health.

Where does skydiving come into play? Well, allow me to ask you one simple question: What could possibly be more freeing and liberating than putting your knees in the breeze and owning the sky?

Allow me to take you back to my first skydive. I was terrified... I had just gone through the worst breakup of my life, I was a single mom struggling to get by, and I was constantly stressed and worried about #allthethings. I had petrifying thoughts the day of my appointment but showed up to the dropzone and went through the motions. I was determined to prove to myself that I was a strong woman, completely capable of controlling my fears, and I was going to do this!

After a short plane ride up, the door opened and my instructor told me to place my foot on the step. Within seconds I was flying! Well, in the words of Buzz Lightyear: "falling with style!" The cool spring air rushed my face, we made turns and spins and I screamed with every ounce of life I had. My instructor pulled the parachute and the most miraculous thing happened... the sky went silent. It was one of the most intense experiences I had ever been able to put myself through, followed immediately by the most serene, beautiful, and tranquil experiences and the paradox of the two was no less than enthralling.

So what happened? Scientifically speaking, I had experienced an instantaneous release of chemicals. Serotonin and dopamine are two naturally occurring neurotransmitters in your body that directly affect how your brain perceives the experiences around you. Serotonin is responsible for your mood, sleep, memory and some social behavior, and dopamine is responsible for reward and pleasure centers in your brain, as well as emotional responses. Both are released with the intense experience of skydiving.

When my feet finally touched the ground, I jumped, did cartwheels (literally), screamed, shed tears of joy and was instantly in love with life. Ask anyone who has made even a single skydive and no matter how long ago it was, I would be willing to bet they still can't describe it.

For many people, skydiving is a bucket-list item... Something they want to experience before they kick the bucket. Something they want to do to feel more alive. Most people who skydive will check that box off and move on - hopefully preserving the memory of their most amazing experience in photo and videos to be shared on every social media platform possible (because who wouldn't brag about floating around in the clouds and experiencing that rush of dare-devilness??). Well, on this first Make It Count Monday, allow me to gently nudge you closer to that wide open plane door: do it... Strap yourself to the guy with thousands of jumps (trust me, he loves his job and wants to keep doing it, so they're going to take really good care of you!), put your foot out the door and scream the entire way down. Your health depends on it! 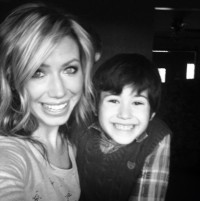 Amy was born and raised right outside of Duluth, Minnesota and recently relocated to Columbia, Maryland. She has a Bachelor's degree in Sustainable Management from the University of Wisconsin-Superior. She started sharing her passion for health and wellness through Social Media platforms, namely Instagram and through her blog: RunningYogiMom. Her unique life perspective and "grab life by the horns" mentality makes her the ultimate go-getter. She has 17 years of fitness background including endurance training, distance running, has competed in two fitness competitions and holds a Hydrorider Aqua Spin certification. She is also on the brink of completing her RYT200 Yoga Certification and will have an additional 100-Hour certification in Meditation and Yoga Philosophy early next year. Amy has 650 skydives and is passionate about sharing how fear can be the ultimate motivator to living life and not just surviving it. She is unapologetically enthusiastic about life and hopes to inspire others to live hard and love even harder.

Amy and DZO, Jeanice Dolan, both love to skydive. Baltimore IFLY is a skydiving simulator located in Baltimore, MD. Amy and Jeanice's sons train at IFLY Baltimore both in pursuit of following their mothers' passion to skydive when they become old enough.

Very friendly and they put you at ease with the entire experience.