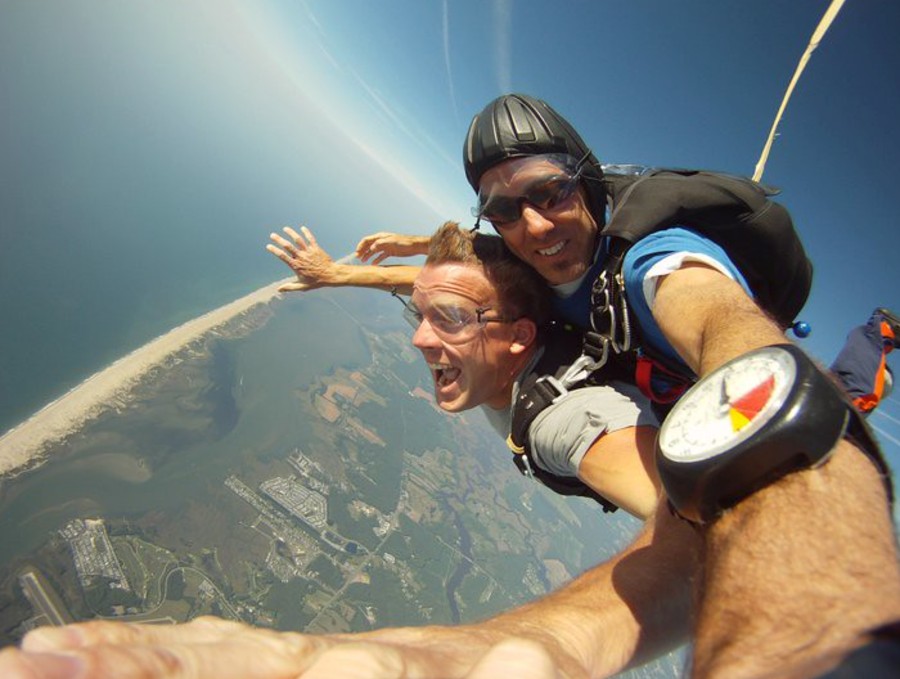 One of the questions we frequently get asked is both simple and vague: what does skydiving feel like? You need to experience it yourself, as it's pretty hard to explain, but we will do our best to describe the feeling.

Emotionally, skydiving is exciting, terrifying, and even peaceful (yes, really) all at once. Physically, it kind of feels like you're floating. Skydiving can feel like so many different things depending on who you ask but, probably everyone can agree, it feels unlike anything else in the world.

Yes, skydiving feels like falling because that's exactly what you're doing, but probably not in the way you're expecting. When you're skydiving, you're falling from the plane toward Earth at about 120 mph. Most people don't know what falling from such a significant distance (thousands of feet) feels like, though, and so "falling" doesn't accurately describe how skydiving feels.

Falling from a building or a rope swing most definitely feels like falling. You can see the ground rising up before you, and your body tends to flail in preparation for impact. When skydiving, in contrast, you're up against some serious wind resistance which allows you to "float" on a column of air. And, since you're so high up when you jump, you don't experience the perspective of objects getting closer - except maybe some clouds in the distance - which adds to the sensation that you're floating. 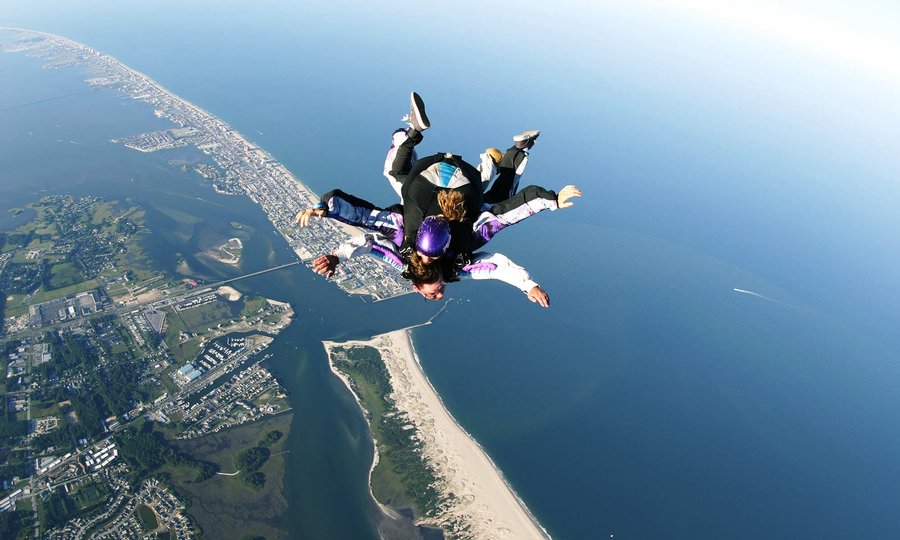 Skydiving vs roller coaster; it's a comparison we're often asked to make. Along these same lines is the question, "Does your stomach drop when you skydive?"

You'll probably be relieved to know that skydiving does not give you that stomach-drop roller coaster feeling! Unlike a roller coaster, which drops after slowing considerably or coming to a stop, when you skydive you jump from a plane that is already in motion. You exit a fast-flying plane and continue flying fast as you enter into the relative wind. After a few seconds, you hit terminal velocity, meaning the gravity pulling down at you is equal to the wind coming up at you. Once you reach terminal velocity while freefalling belly-to-earth, you won't go any faster. Most folks hit terminal velocity at 120 mph.

Skydiving truly feels like nothing you've experienced before. The adrenaline-fueled anticipation that builds as you get geared up for your skydive and then board the plane and ride up to altitude is intense. Then, one moment you're in the plane and the next you're out! Kind of flying, sort of falling, and mostly definitely floating. You're freeeeee! Exhilarated, you surrender to the fact that you are no longer in control ... and all at once you are liberated. Seizing the day! Empowered!

Freefall simultaneously feels like it lasts for a long time and no time at all, and then ... you're under a parachute. It's a lot quieter under canopy; peaceful. You and your instructor can have a conversation and, since you're moving much more slowly, you can take in the beautiful view. Dopamine and serotonin flood your system and you feel on top of the world. 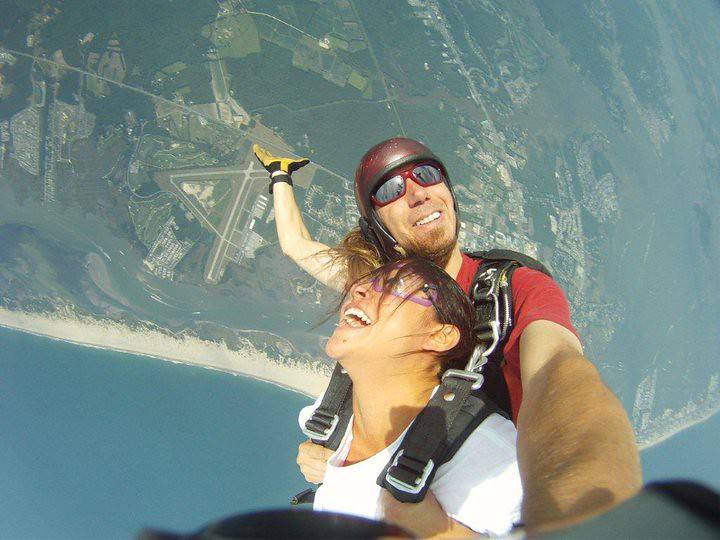 How to Prepare for Those Freefall Feelings

Because of the unique sensations associated with skydiving, you might be wondering how to prepare for your jump.

Should you eat before skydiving? Can you drink before skydiving? Yes, and yes. You should definitely have something on your stomach before your jump so that you feel energized, and not faint or nauseous. But make sure to eat and drink things that will make you feel good. Eating too much or too little, or eating "heavy" foods should be avoided; eat as you normally would. It is also super important to be hydrated for your jump, so make sure to keep up with your water intake!

Avoiding alcohol on the night prior to your jump is a smart idea so that you are hydrated and feeling your best on jump day. Sometimes people ask about drinking alcohol on the day of your skydive, and while we can recommend some places to go grab a beverage after you jump, there is absolutely no drinking alcohol before your jump. Being under the influence during your skydive is illegal and it also adds unnecessary risk to the whole experience. If we suspect alcohol consumption, you won't be jumping.

It's common for people to land after their skydive feeling overcome with a mix of emotions. The actual skydive is so quick and so foreign - you jumped out of a plane for Pete's sake!! - that most are not able to fully comprehend what they just went through. It's for this reason that we recommend opting into a media package. Not only will it help you unpack all that you experienced and achieved, but it will fill you with pride and a tremendous sense of accomplishment every. single. time. you watch it! (Plus, it's social media gold!) And now, there's nothing left to it but to do it! We can't wait for you to jump with us! Blue skies!

The best, most freeing experience in my life....